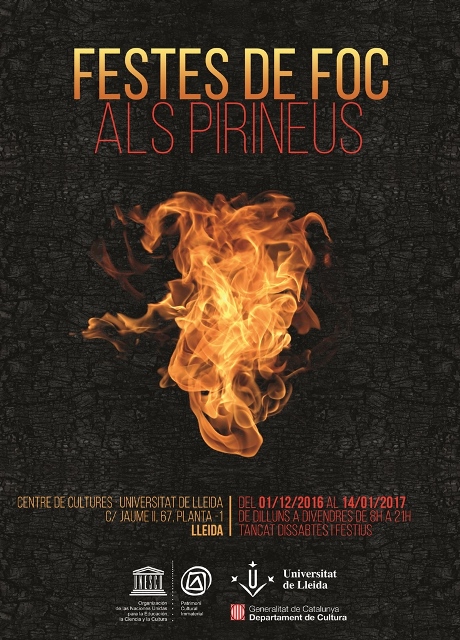 On the occasion of the first anniversary of the declaration by the UNESCO of the Fire Festivities of the Summer Solstice in the Pyrenees as Intangible Cultural Heritage of Humanity, the Chair of Education and Intangible Heritage of the Pyrenees of the University of Lleida (UdL) opens on December 1st an exhibition that gathers the diversity of traditions (falles, haros and brandons) around the fire festivities celebrated every year at the summer solstice in sixty-three towns of Andorra, Aragón, Catalonia and France.

This is the first action of the Chair of Education and Intangible Heritage of the Pyrenees, which has the support of the Department of Culture, the Institut d’Estudis Ilerdencs (IEI) and the Institute for the Development of Alt Pirineu and Aran (IDAPA). Within the framework of the inauguration of the exhibition, the presentation of this new Chair project of the UdL will take place.