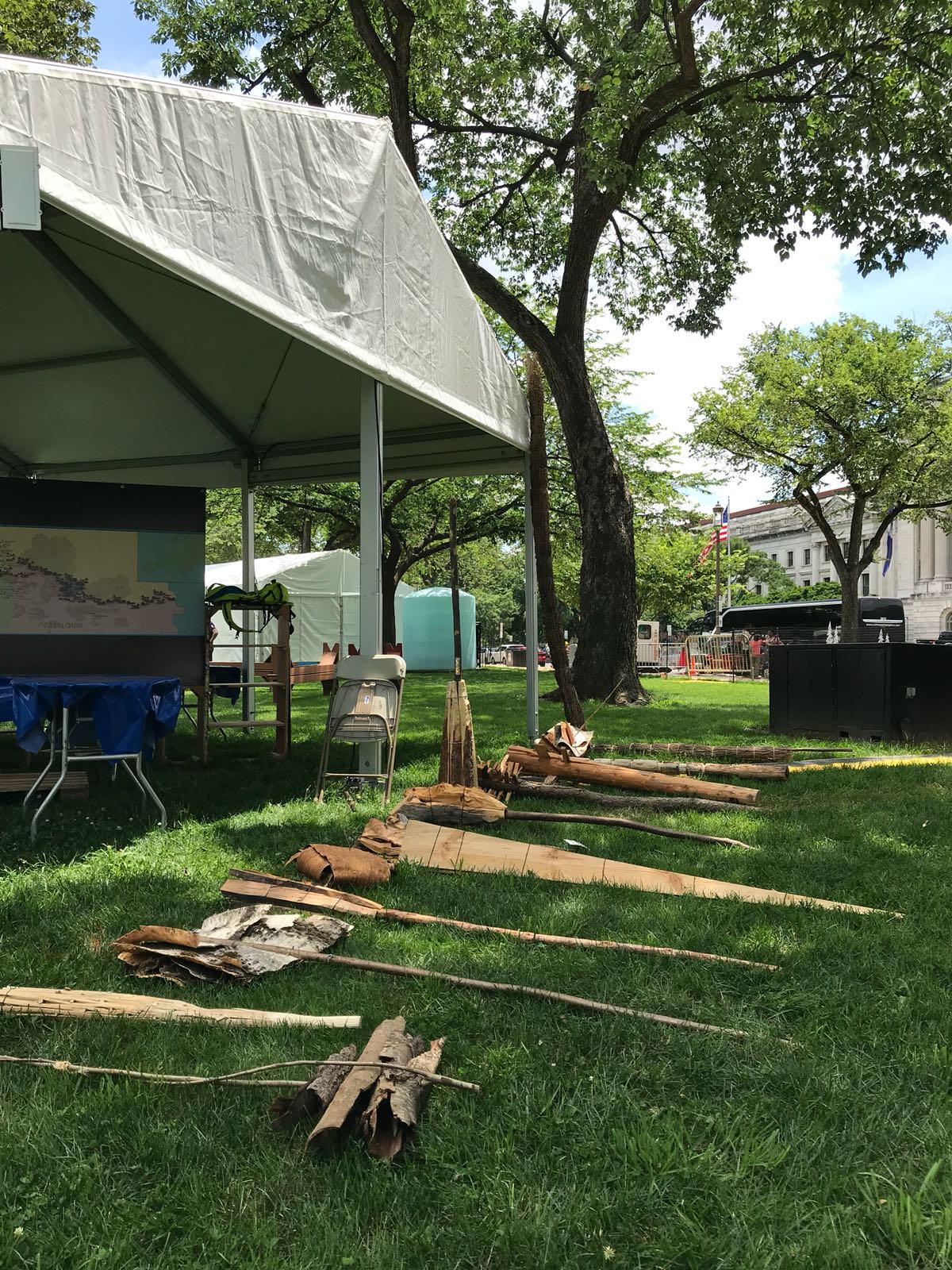 Some of the materials presented at the Smithsonian will be part of the pedagogical “suitcases” that the Chair is preparing to make the festivity public.

The Chair of Education and Intangible Heritage of the Pyrenees of the University of Lleida (UdL) has been one of the institutions invited by the Generalitat de Catalunya to participate in the Smithsonian Folklife Festival, which takes place in Washington from June 27 to July 8 with the purpose of presenting different cultures and traditions from all over the world such as Armenia and Catalonia, which have been both invited this year.

Within the framework of this festival, falles -included in the list of the Intangible Cultural Heritage of Humanity of Unesco in December 2015- will become one of the outstanding symbolic elements of the traditional Catalan manifestations. "We are very pleased that knowledge and research in the field of falles have been valued as part of this intangible heritage, above all for what we can do to safeguard the festivity according to the guidelines that Unesco points out about conservation and survival of the festivity", explained Sofia Isus, director of the Chair of Education and Intangible Heritage of the Pyrenees.

The Chair, represented on this occasion by its research technician, Marc Ballesté, has prepared different activities to publish the world of falles: an exhibition of falles, workshops to build and see the process of elaboration, and games to learn its own vocabulary. In addition, he will participate in parades and talks on the traditions of the fire and summer solstice in Catalonia, or life through the ritual calendar, among others. "The challenge has been how to shape the festivity from knowledge to convey values and emotions, as it is totally experiential," said Isus.

Some of the materials presented at the Smithsonian will be part of the pedagogical “suitcases” that the Chair is preparing to make the festivity public. This material may be used next year by the students of 5th and 6th grade of Primary Education and 1st and 2nd level of High School. The areas of knowledge that are worked on are those of a social and natural environment, and that of languages, which takes into account those that are spoken in the places where festivities are celebrated (Occitan, Aranese, Aragonese fabla, Catalan, Spanish and French), among others.