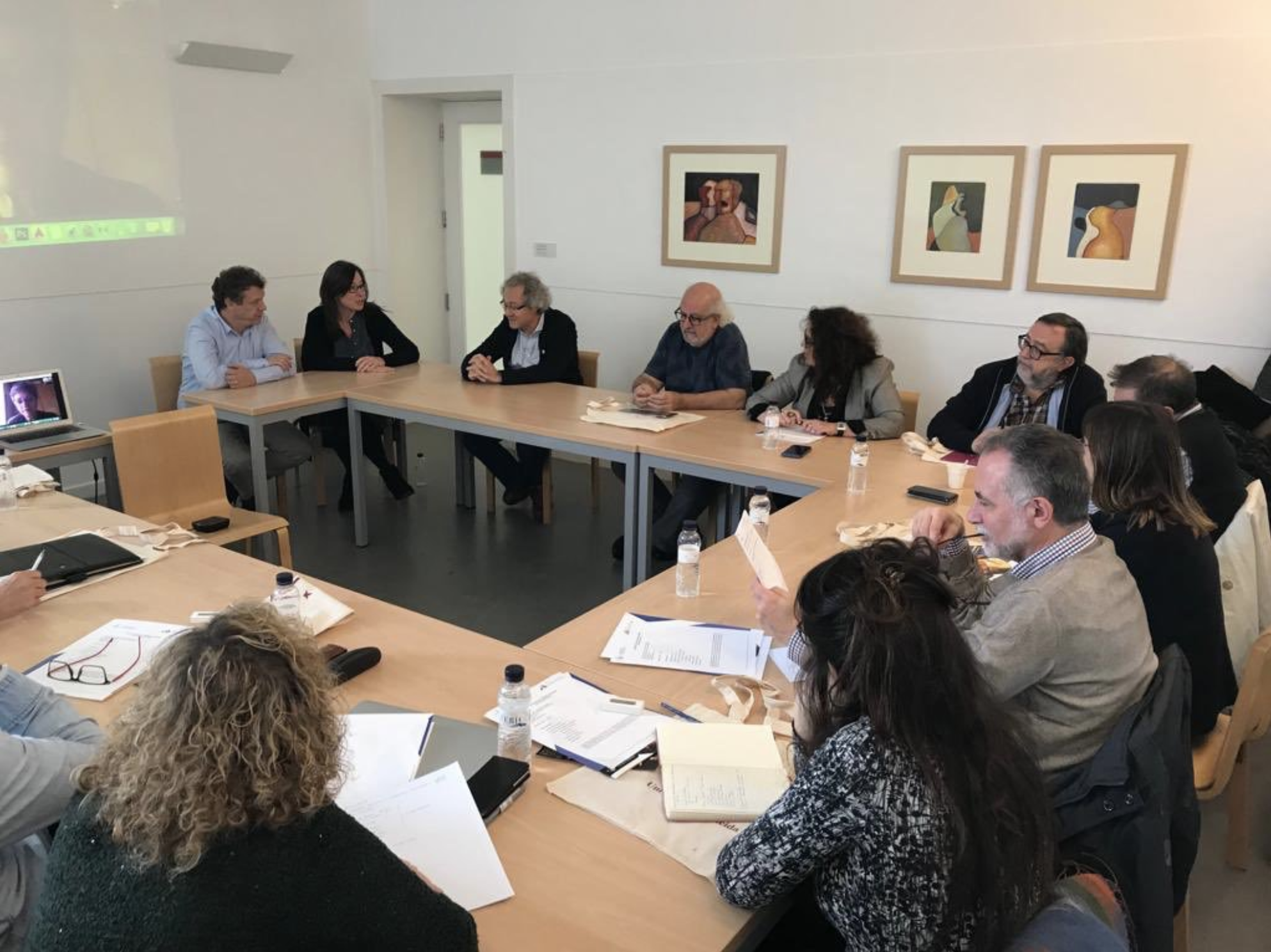 The constitution of this expert council was applauded and ratified by the Chair's Board of Directors. Unlike the previous one, the latter is made up of institutions that provide resources such as the Institute of Ilerdan Studies (IEI), the Department of Culture of the Generalitat of Catalonia and the Institute for the Development and Promotion of the High Pyrenees and Aran (IDAPA ), on this occasion represented by the respective directors, Antoni Balasch, Àngels Blasco and Pere Porta.

The highlight of the celebration was the presentation of the book Roda el Foc. 30 anys de falles a Andorra la Vella, by Albert Roig. The author introduced the attendees at the party of falles of the country promoting the candidacy. In his presentation, Roig explained characteristic features of the Andorran falles that differentiate them from other falles in the Pyrenees, such as the fact that the falles of Andorra do not go downhill, but that they are rolled, or that children up to 16 years old, age in which they already manipulate falles of fire, have their own version of the falles with balls of light.